The Bible, that is, the Holy Scriptures Contained in the Old and New Testament.

Early 17th century printing of Robert Barker’s Geneva Bible including the Apocrypha, published a decade prior to the King James. Quarto, bound in full 19th century calf, marbled endpapers, illustrated with numerous woodcut engravings. Lacking the title page and four leaves of The Old Testament. Rare. Most notably the printer of the King James Bible, one of the most influential books ever printed in the English language, Robert Barker was a printer to James I of England and the son of Christopher Barker, printer to Queen Elizabeth I. Barker inherited his father’s printing house in London in 1599 upon his father’s death and printed mostly works of an official nature including books of prayer and scripture. In 1631, Barker collaborated with fellow royal printer Martin Lucas on a word-for-word reprint of the King James Bible which would later become known as The Wicked Bible due to the accidental omittance of the word “not” in the sentence: “Thou shalt not commit adultery.” The majority of copies of the Wicked Bible were immediately cancelled and burned; Barker was fined the equivalence of over 33,000 pounds and was deprived of his printer’s license. Bestandsnummer des Verkäufers 135192

Schreibe die erste Bewertung für „The Bible, that is, the Holy Scriptures Contained in the Old and New Testament.“ Antworten abbrechen 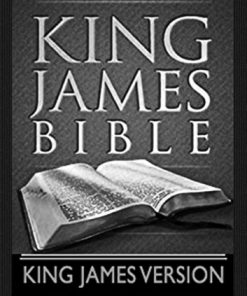